In earlier posts on Kalyanji Anandji, I highlighted various facets of their music. First, I showcased their affinity for Mukesh and the many gems they composed specially for Mukesh. Next, I highlighted their mastery of string instruments and how they use strings to elevate the song with rhythm, timing. I also showcased several Lata melodies composed by Kalyanji Anandji that were extremely popular. Their use of chorus was also exceptional, where the chorus becomes a natural extension of the song and adds a sense of rhythm and tempo. (If you would like to see all posts on Kalyanji-Anandji, just click on Kalyanji-Anandji under Categories on your right)

In this post, I will feature several of their duets that had a magical effect. Once you listen to the magical duets here, you can appreciate the versatility, range and immense talent they brought to film music. Apart from the melody in the vocals, many of the songs feature beautiful string preludes and interludes using santoor, mandolin and guitar. In an earlier post, I highlighted their mastery of string instruments like santoor, mandolin and guitar to bring clarity, tempo and a beautiful sense of rhythm to the song.

You can listen to the duets in the playlist by clicking the link below. Though it is possible to create a playlist of videos, I prefer to focus only on the song without being distracted by the visuals. This I believe, enables you to enjoy the song completely along with its finer nuances.

If you are based in USA, Canada you may be able to stream the playlist of songs by clicking the play button below.

( A tip to enhance your listening pleasure: When listening to the songs in the player, if you want to browse further on this site or another one, open a new window for further browsing. The player will continue to play the magical duets in the current window while you are browsing)

The versatile capability of this duo enabled them to create these magical duets ranging from the classical, golden oldies to breezy and modern styles.

The following songs have a strong classical base. Any composer from the 1950s or 1960s would be proud to have composed these classical and light classical beauties. They feature lovely use of flute, santoor, violins that capture the mood and the background beautifully.

1)   Mere mitwa mere meet re – Geet. This is a hugely popular song, which does not require a description.  The violins create a beautiful effect.

2)   Jiske roz roz – Geet.  If you close your eyes and follow the contours of the tune, you will find it flows in gentle waves with each note woven beautifully to the next without sudden jerks or breaks. This type of wavy composition shows immense talent and focus on retaining the beauty of a song with graceful undulations and variations.  Repeating the last few notes at the end of each line in the Mukhda gives it a fine blend of melody and rhythm. The flute, chorus and strings bring the beauty of the mountainside to this song.

5)   Rim jhim rim jhim – Yeh rishta na tootey. A rare gem from the late 1970s, which featured more of crime thrillers than musicals.  Anuradha Paudwal floats through the fine variations in the tune with silken ease. This song is a pleasant surprise, which many may not have heard earlier.

Kalyanji Anandji were easy going, fun loving and cheerful and always loved to entertain people. They brought this cheerfulness also into their songs. A number of their duets are breezy, light hearted with lyrics that seemed to flow in easy conversations with questions, answers and a lot of “Kyas, Achas” thrown in.

10) Sare shahar mein – Bairaag. The guitar in the prelude sets a beautiful tempo matched by the humming towards the end.

Apart from creating pleasing vocals, Kalyanji-Anandji also believed in presenting them well with beautifully composed instrument pieces. This adds a lot to the overall experience for the listener. Some of their duets have very long introductory slow prelude music, which creates background and a sense of anticipation. Invariably, following this slow, long prelude music, the tempo is picked up by vocals or beautiful instrument pieces that stand out as highlights.  This is called a ‘thod’ effect, where the music is paused briefly or bridged for the tempo to be picked up by vocals  or instruments. The overall effect of such songs is truly magical.

12)  Kabhi raat din – Aamne Saamne. I featured this in “Kalyanji Anandji – masters of strings”, since the string prelude and interludes are absolutely mesmerizing in this song. It also happens to be a magical duet and I thought it would be gross injustice to this wonderful song, if I did not include this in duets as well. Listen to the song to enjoy the strings as well as the mellifluous flow of Lata and Rafi. In my opinion, this is one of the best songs composed by Kalyanji Anandji. 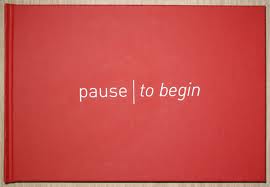 14)  Humne jo dekhe sapne – Parivar.  Apart from the attractive melody, the tempo after the ‘thod’ is truly a delight.

A number of their duets are lively and breezy. They are expressions of joy, beauty, commitment and about being ‘together’. These duets too feature some preludes followed by the vocals that pick up a beautiful tempo for the song. A number of their duets feature Mukesh, their favourite singer. Mukesh was a ‘straight’ singer (you could not give him songs with too many tonal variations). Kalyanji Anandji worked around this constraint with simple melodies, pleasant arrangements, attractive tempo and rhythm in all his duets with Lata. 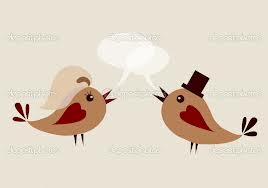 18) Jhuke jo tere naina – Kangan. Usha Khanna hummed this song with Mahendra Kapoor, She went on to become a popular music composer in her own right.

Kalyanji started out as a music director on his own (with the name Kalyanji Virji Shah) with the film Samrat Chandragupta. Later, his brother Anandji who was assisting him, joined him formally to form the duo.  Even in their early days from 1958 to 1962, they composed several melodious songs that are popular to this day. The movies may not be well known, but the songs are evergreen.

21)   Chahe paas ho – Samrat Chandragupt. This was a commercial success.

22)   O neend na mujhko aaye – Post box no 999. This was also a Kalyanji Virji Shah film with his mentor Hemant Kumar and Lata featuring in this evergreen hit.

23)  Dil lootne wale jadugar – Madari. Kalyanji shot to fame in 1955 in Nagin. As a key musician in the film’s music director Hemant Kumar’s orchestra, Kalyanji played the been in the famous song Man dole tera tan dole from Nagin. He used an instrument called clavioline to produce the famous been music in the song. The beauty of this sound is reproduced again in Madari. The vocals also features notes which closely follow each other and beautifully woven like a been.

25)   Ankhiyon ke noor – Johar Mehmood in Goa. Though this is strictly not an ‘oldie’ (in relative terms, since this movie was released in 1965), I included this in this group, since the style of composition and singing is very much of a ‘golden oldie’. Suman Kalyanpur and Mukesh sang this beautifully.

Hope you enjoyed the versatile range, lovely melodies and the special instrument pieces and arrangements which made their music so popular, hummable and truly magical.