The best of S D Burman, the charming ‘Dada’

Sachin Dev Burman (Dada) brought a unique style of composition to Hindi film music. It was said that in his early years as a composer in Mumbai, he was in a market when he heard songs being played on a loud speaker and people enjoying them. He was disappointed that the songs being played were not his own, but were composed by other popular composers. He was impressed by the popularity of the songs he heard and was determined to make his songs popular as well. He was a reasonably well known composer in Mumbai by then who brought with him a rich legacy of folk music from Bengal, Tripura and Eastern India. He did not believe that films are a medium for classical music and wanted to create songs that even his servants could enjoy. To this end, he made his songs simple, easy and hummable through his own, unique composing style. There are several features that make Dada’s songs unique. One of the main features is his style of weaving notes in quick succession to each other in a song. This style of quick weaving of notes with hardly any pause to ‘linger’ on a note is something unique to him. This style (let us call it ‘Dada style’) makes his songs cheerful like the bubbling waters in a creek flowing quickly downstream. His use of instruments like flute and santoor, also with quick notes, gives his songs a light, sweet touch and a breezy tempo. He was not averse to composing tunes in ‘short’ lines to make the songs hummable and easy to sing. Listen to bits of two of the ten songs from Baazi (1950) in the player below to observe the quick ‘Dada style’. Click below for the first bit.

And listen to the other bit by clicking below.

Most of the songs in Baazi were in this style. This ‘Dada style’ was perfectly suited to fit the image of Dev Anand as a playful, romantic hero with a touch of mischief in his eyes and his charming smile. There are other features of his music and composing style that I will touch upon in the discussion that follows. His deep knowledge of folk music, classical music and his quest to be a perfectionist made him create many hummable and extremely popular melodies over the years. Quite early in his career, he was able to adapt and embrace western music. His breezy style created a musical hit in a comedy like Chalti Ka Naam Gaadi. On the other extreme, he excelled in scoring beautiful theme music in brooding movies like Pyaasa, Kagaz ke phool. His music in Guide stands out as among his best theme based scores. And with Aradhana, he changed the landscape of film music with Kishore Kumar becoming the #1 singer.

Click on the play arrow on the player below to enjoy 25 of Dada’s best songs. These 25 melodies are a subset of the songs discussed below. The player shuffles songs automatically and the order of the songs may not be same as in the discussion below. You can skip songs if you like, but I am sure you will not feel like skipping any song. (A tip to enhance your listening pleasure. If you want to browse further on this site or any other site, open a new window (not a tab) for further browsing. The player will continue to play songs while you browse in the new window) 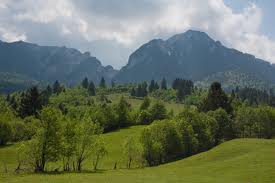 Most of the duets in his films have some elements of his breezy and lively ‘Dada style’. Chod do aanchal (Paying Guest) is a perfect example of this lively style. Choodi nahin yeh mera (Gambler) also has some elements of this style. Notice how he makes Lata and Kishore sing in two different styles for the same words in both the antras in Hey maine kasam lee (Tere Mere Sapne). Lata’s singing is free flowing whereas Kishore is more restrained. And in Dil pukaare aare aare (Jewel Thief), Dada creates a beautiful atmosphere of mountains and the hill side with his lovely folksy instrumental music.

Dada’s deep knowledge of folk music from Eastern India was a perfect complement to his quick and breezy style of compositions. Hoton me aisi baat (Jewel Thief) is an outstanding example of his knowledge of folk music. The use of multiple types of drums, percussion and the beautiful use of chorus are a real treat for the ears. It is said that Dada had a peculiar habit of crouching on the ground and cupping his hands to his ears during rehearsals and recording sessions. Apparently this technique enabled him to hear each instrument clearly. This clarity of each and every instrument is evident in this Jewel Thief beauty. Dada used his famous and unique voice for many memorable background songs in movies. Mere saajan hai us paar (Bandini) is one such memorable number in his voice. In the same film Bandini, we have another lovely folk based song  More gora ang laile. My personal S D Burman favourite is Ayega re udke mera (Talaash). This beautiful folk based song has lovely undulations and a touch of grace beautifully rendered by Lata.

If there is any instrument that can capture the ‘perfect’ voice, then it would show 10/10 for Ab to hai tumse (Abhimaan). To me this song is a fine example of everything that is great about Lata’s voice. Hear this lovely song yourself here by clicking the arrow below.

Lata’s voice is crystal clear and yet has a deep richness and strength. Above all, the ease with which she flows through the ups and downs in this song (in the prelude as well as before the second antra) takes your breath away. I cannot imagine this song in any other voice.

Dada had many endearing songs with Lata. Thandi hawaein (Naujawan) is one of his earlier Lata hits. Lata’s voice has a wonderful lilting touch in Kaanton se keench ke (Guide). This song is notable not only for the lovely composition and singing, but also for its structure. Unlike the traditional Mukhda, Antra structure of film songs, this song has only Antras and no mukhda. O jogi jab se (Bandini) is another beautiful blend of ‘Dada style’ and folk base. 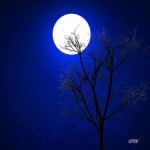 While Kishore Kumar sang many songs for Dev Anand, Dada had a special place for Mohammed Rafi. Dada had a unique gift for composing songs that seemed to fit perfectly into the visuals. He would start a song without any prelude music or with minimal prelude to ensure the song ‘fits’ into the visuals. Rafi’s Tere mere sapne (Guide) is one such example. When you see the film, the silken smooth voice of Rafi seems to be a natural fit for the scene. Rafi glides effortlessly through the song and leaves you with a soothing, caressed feeling. Two ‘moonlight’ numbers, Khoya Khoya Chand (Kala Bazaar) and Tu kahan ye bataa (Tere Ghar Ke Saamne) are delightfully light and easy with memorable flute interludes. Dil ke bhanwar kare (Tere Ghar Ke Saamne) seems to blend Rafi’s voice with the flute. 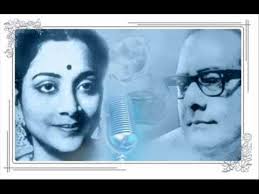 Kishore Kumar recounts days when Dada would ask Kishore to sing songs during their jogging and walking stints. This was actually Dada’s ploy to ‘test’ the quality of voice at that point for a recording the same day or the next. Dada ensured that he chose the right singer whose voice was best suited for the song. In the same movie, he often used multiple singers for the same actor.

Apparently, Sahir Ludhianvi laughed when Dada said he will pick Hemant Kumar to sing Yeh Raat Yeh Chandni (Jaal). Dada was right and this song went on to become a super hit. Hemant was also at his resonant best in another super hit Hai apna dil to awara (Solva Saal). Dada got Geeta Dutt to sing at her seductive best for Jaane kya tu ne kahi (Pyaasa).  Apparently, Dada would also call a singer on the phone to judge the quality of his voice at that time. Talat Mehmood must have sounded great to Dada on the phone for him to sing with his unique sweetness in the telephone song – Jalte hain jiske liye (Sujata).

Dada was equally at ease in movies that required serious, sombre music. Dada created an evergreen classic in the smooth voice of Talat with Jayen to jayen kahaan (Taxi Driver). His Poocho na kaise (Meri Surat Teri Ankhen) showcases the classical voice of Manna Dey. Guru Dutt created landmark classics whose music will live forever. Dada was at the height of his powers with Jane woh kaise log the (Pyaasa) and Waqt ne kiya (Kagaz ke phool). With minimal use of instruments, he brought out the pathos of the words beautifully. The deep voice of Hemant is one of the many highlights of the music in Pyaasa. Waqt ne kiya will remain etched in everyone’s memory for the beautiful haunting effect created in Geeta Dutt’s voice and for the great lyrics.

Kersi Lord (well known musician, arranger, conductor and music director) said that Dada, despite his age, ‘was young inside’ and had a ‘youthful fire’ in him. Perhaps this is the reason that Kishore Kumar took the Indian music world by storm with Mere sapnon ki rani in Aradhana. Kishore’s voice seemed to be perfect for a youthful, romantic image of Rajesh Khanna. The movie and the music were a landmark that dethroned Mohd Rafi and made Kishore Kumar the #1. While Kishore Kumar sang a number of hits for Dada before Aradhana, to me some of Kishore’s most melodious numbers came after Aradhana. Khilte hain gul yahaan (Sharmilee) is one such melody. It does not have a ‘Dada style’ but is composed in a much more normal style. Phoolon ki rang se (Prem Pujari) is another sweet melody which has only antras without any mukhda. And with Meet na mila re (Abhiman) Dada adds a touch of class with the quick variations in the ‘aaa’ sound in the lines. A notable feature of Dada’s music is his arrangements and orchestration. His arrangements would always support the vocals and were neither too heavy nor too light for the song. They happened to be just ‘right’ to add a pleasant feel without losing the focus on the strong vocals and main melody.

(As an aside: It is interesting to note that Kalyanji-Anandji composed Ankhon Ankhon mein on Dev Anand in Mahal in a slow, lingering style. This song went on to become a hit. Anandji (the younger brother of the duo) said in a televised interview that they deliberately decided to depart from this lingering style in Vijay Anand directed Dev Anand starrer Johny Mera Naam. They chose the quick ‘Dada style’ for two Kishore numbers – Nafrat karne walon and Pal bhar ke liye – a style that suited Dev Anand very well).

The typical ‘Dada style’ of weaving notes quickly helped Dada a great deal. There was however a downside to this. Sometimes, the songs may sound repetitive and in a few cases may appear to be too ‘casual’. There was a marked decline in his standards in the 70s before his death as his health began to fade. However, Dada’s songs will be fondly remembered by many. Hats off to this unique composer who carved a name for himself and charmed his way into millions of hearts with his special type of evergreen music.

13 Responses to The best of S D Burman, the charming ‘Dada’