In music, Fusion is usually associated with a performance that blends instruments from India or East with western instruments. Normally you would expect to hear a sitar or similar instrument being played as a lead to the beats of a drum or similar western percussion instrument (or the other way around). This type of fusion is instrumental fusion and is used more in non-filmy contexts. In the context of Hindi film music, one of the best examples of instrumental fusion is the song Ae naujawan (Apradh). In the

interludes, there is a beautiful amalgam of sitar playing to the beats of tabla and drums. This song incidentally was the inspiration for a song that won a Grammy award! (Black Eyed peas used this song as the basis for their song Don’t phunk with my heart. Black Eyed Peas acknowledged the original creators Kalyanji-Anandji in this song.). However, I will use the term Fusion in this post to mean something totally different from a mere fusion of instrumental music.

In the context of Hindi film songs, I will use the term Fusion to mean a mix of two different singing styles in the vocals in the same song.

What constitutes a specific singing style (like Qawwali, folk, Pop, Rock and roll and so on)? Technical definitions of singing styles tend to be dry, boring and sometimes debatable. Also, the creativity of music directors blurs the boundaries of different styles of singing, making it difficult to define a style clearly. Just use your heart and feel the songs. Your instinct will help you recognise the styles when you hear different styles of singing in one song.

This type of fusion of two different singing styles in the same song, creates its own set of challenges for the composer. The integration or handoff from one style to the other has to be smooth, the singing styles should complement each other in pitch, tempo, length of tune and the associated instruments and rhythm have to change according to the singing style without missing a beat.

There are many examples of Golden era stalwarts excelling in fusing two different styles. C Ramchandra, S D Burman and surprisingly, Roshan have experimented with this type of Fusion. And there are many examples of later year composers like A R Rahman also using Fusion to great effect and producing melodious results. Of course, in most cases, the fusion was required because the situation and picturisation called for two different styles in the same song. I have not considered Anthakshari songs as Fusion songs.

Enjoy these Fusion songs in the playlist below.

A tip to enjoy these songs even more

(The player stops playing when you click the back button or go to another link on this page or somewhere else. This happens because the player is embedded on this page. To listen to these songs without any break, open another window after clicking the play arrow on the player. If you want to browse further on this site or another site, use the newly opened window. The player will keep playing the songs as you browse in the new window).

Would you believe it, if I said Roshan used “rap” style of singing in 1951? Listen to Bogi Bogi (Humlog) and observe the lovely fusion of “rap” with Indian and western styles of singing. The pioneering composer C Ramchandra introduced a number of western style songs in the 40s and 50s. Aaja Meri Jaan Meri Jaan Sunday ke Sunday (Shehnai) is a fusion of western style of singing with orthodox style of Hindi film music. Chitragupt used a similar fusion of western and Indian styles in Jodi hamari jamega kaise jaani (Aulad), though it appears that the only change in the two styles is the accompanying instruments.

S D Burman composed the delightful Main sitaron ka taraana (Chalti ka naam gaadi) with Kishore Kumar singing in different styles. And not to be outdone, his son R D Burman came up with the all time classic – Ek chatur naar (Padosan) that mixed a ‘classical’ type of singing with Kishore’s style of singing that defies description and breaks all rules!

Another golden era stalwart, Ravi was known to compose simple and soothing songs. He challenged himself to come up with a lovely fusion that blends Asha Bhonsle’s fast paced party song style with Mahendra Kapoor’s slow style in Zindagi ittefaq hai (Aadmi aur Insaan). Ravi cleverly used the technique of making Asha utter words like “wah wah” during Mahendra Kapoor’s singing. These words and fillers by Asha ensure the transition from Mahendra Kapoor to Asha Bhonsle is smooth and not sudden or unexpected.

During the 1970s, Kalyanji – Anandji fused a traditional mujra song with Kishore Kumar’s alaap style of singing for a yearning feeling in Salaam-e-ishq (Muqaddar ka sikandar). 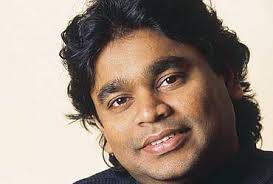 There are excellent examples of fusion by later year composers. One of the best examples of outstanding fusion is the song O re chhori (Lagaan). A R Rahman not only mixed singing styles, he also varied the tempo in the accompanying orchestration as the visuals shifted from a village to the fort and ball-room settings. This is truly a superb piece of seamless fusion in vocals and orchestration. Of course, A R Rahman’s Jiya jale (Dil se) is also an outstanding example of fusion of a folk song into the main melody. Shankar-Ehsaan-Loy did a wonderful job with the chartbuster Khaike paan banaraswala from the original Don. In the Don remake, they retained the joy and fervor of the original song and also added their own distinctive touch with Shah Rukh Khan’s singing that blends seamlessly into the original song. The resulting song bears the stamp of the original creators Kalyanji-Anandji and at the same time showcases the creative embellishments of Shankar-Ehsaan-Loy as well.

Anu Mallik’s Tumse milke (Main hoon na) is also a good example of creativity. This is a lovely mix of different types of Sufi songs including a qawwali set to a fast beat. Jatin-Lalit perhaps had the easiest fusion song without any challenges in Jo haal dilka (Sarfarosh) that starts with the popular Eena meena deeka in rock and roll style and immediately transitions to the main song.

It is easy to dismiss modern day songs as more of “techno-noise” than melody. However, it appears that the challenge of a fusion song brings out the melodious talent in the curren 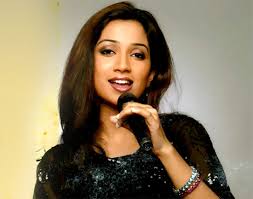 t crop of composers. Pritam did a wonderful job with the melodious fusion of a western song with Atif’s singing in Tera hone lagaa (Ajab prem ki ghazab kahani). Shreya Ghoshal was delightfully sweet in Vishal-Shekar’s Bahara Bahara hua dil pehli baar ve (I hate luv stories). This song is a melodious fusion of folk and romantic styles and is very soothing to the ears. Among the many songs that have bits of folk songs mixed with the main melody, this song can perhaps be rated among the best.

Apart from the 12 Hindi film songs in the player, here are two more great examples of Fusion in other Indian languages. Shabana Azmi starred in the offbeat film Morning Raaga that had the characters speaking mostly in English in addition to a few dialogues in Telugu. Shabana Azmi plays a classically trained singer in the movie. This movie had a lovely example of fusing a traditional Carnatic melody with a western style in the vocals. On top of this, there is a superb solo violin performance and the interplay of drums, piano and guitar supporting the Carnatic classical notes is also delightful. You can enjoy the fusion in the song Taaye Yashoda in the audio link below. I would strongly recommend this song as a ‘must listen’ song. Mani Sharma provided the music for this song.

Ilayaraja, the genius from South India, created a lovely fusion of light folk music with traditional Carnatic music. His Tamil song Paadariyen (Sindhu Bhairavi) starts off innocuously as a simple folk style song for the ‘masses’ and towards the end fuses the simple tune into a proper Carnatic classical song meant for the ‘classes’. Enjoy this wonderful fusion song in the audio link below.

A number of film songs are a delight to the ear. But when you mix different styles in the same song, your can enjoy the best from many worlds for a heady effect. Fusion songs truly enable you to double dip for double the delight.

9 Responses to Double delight with Fusion